With only a 2-hour flight from Hong Kong, we decided to visit our friend who is currently living in Taipei. I found Taiwan extremely different in comparison to Hong Kong; it was generally a lot less crowded and had more of a relaxed vibe and the people were extremely friendly.

In 1895, Taiwan became Japan’s first colony and they decided to make Taiwan a “model” colony for all their future colonies, so much effort and money was put into building up Taiwan’s infrastructure, industry, standard of living, and economy. There was also a big effort to change the culture and encourage everyone to speak Japanese so if you’re ever been to Japan, you’ll definitely feel a similar culture.

We stayed at the W Hotel, which was perfectly located in the Xinyi District, in the centre of Taipei. With the Breeze shopping centre located directly opposite and close to the 101 building. 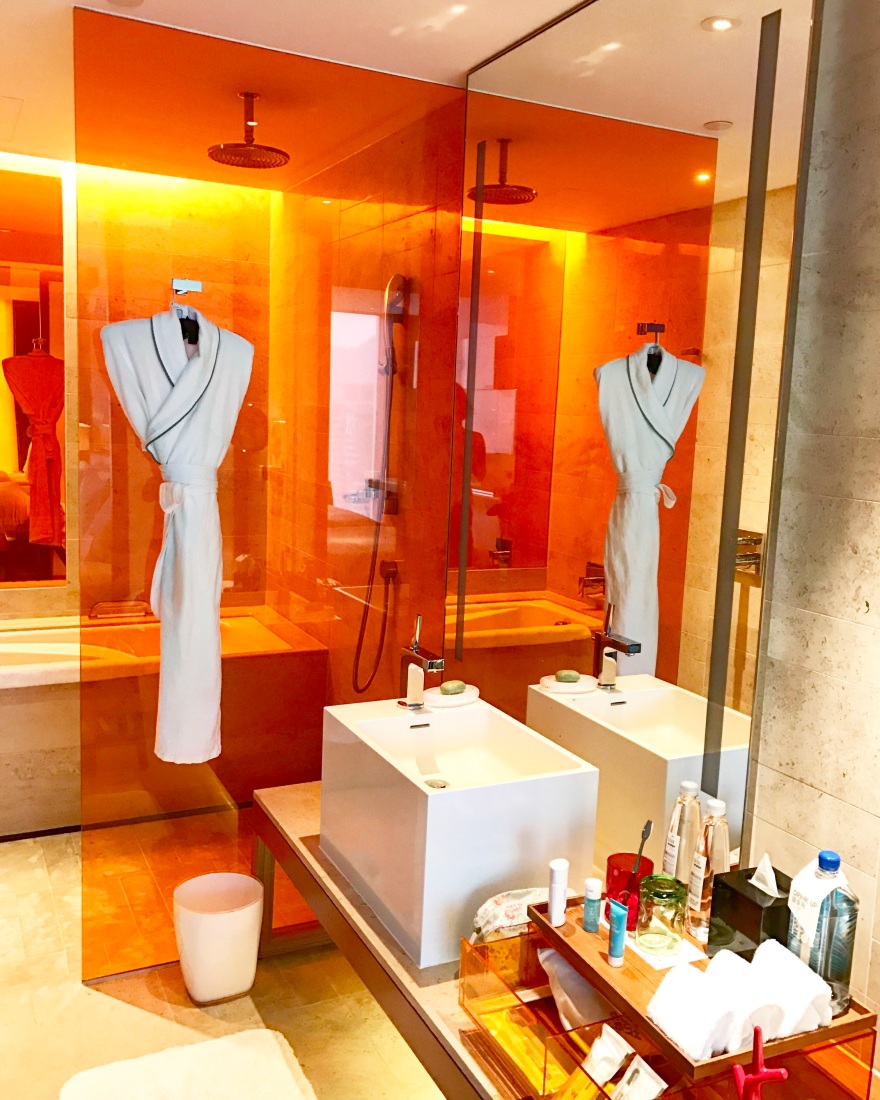 On our first night we decided to go for dinner at Sukiyaki (黑毛屋), which was a Japanese hotpot style place. This place was super cool as you each get your own cooker at the table, giving a more hands on dining experience. I would recommend booking in advance for bigger groups as this place gets super busy. Located really centrally in Taipei there are loads of bars to go to around the area. 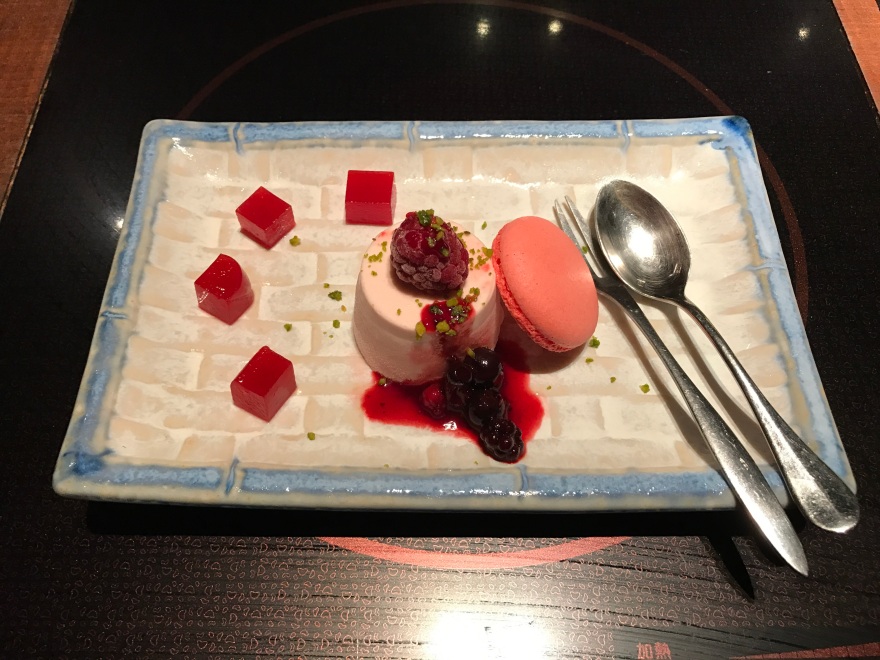 Exploring Taipei’s intriguing swathe of ‘secret’ prohibition style cocktail dens we decided to go to the Alchemy speakeasy bar after dinner. This was perfect for exploring different types of cocktails accompanied with live music.

The following morning we woke nice and early ready for our hike to the Elephant Mountain. We were extremely lucky with the weather and it was sunny at round 26 degrees during the whole weekend but Taipei is known for it’s bipolar weather so make sure you check the weather forecast in advance before doing the hike. Slipping on our gym pants and trainers we headed to the Elephant Mountain to begin the Nangang District Hiking Trail. Voted as the number 1 thing to do on TripAdvisor, it was a relatively easy hike (however, having just done the jungle trek to Machu Pichu that’s just me comparing). The hike took 20 minutes to walk up and has two beautiful spots where you can view the landscape of the city including the 101 building. Easily pathed out with stairs, the hike is possible for all levels and ages. 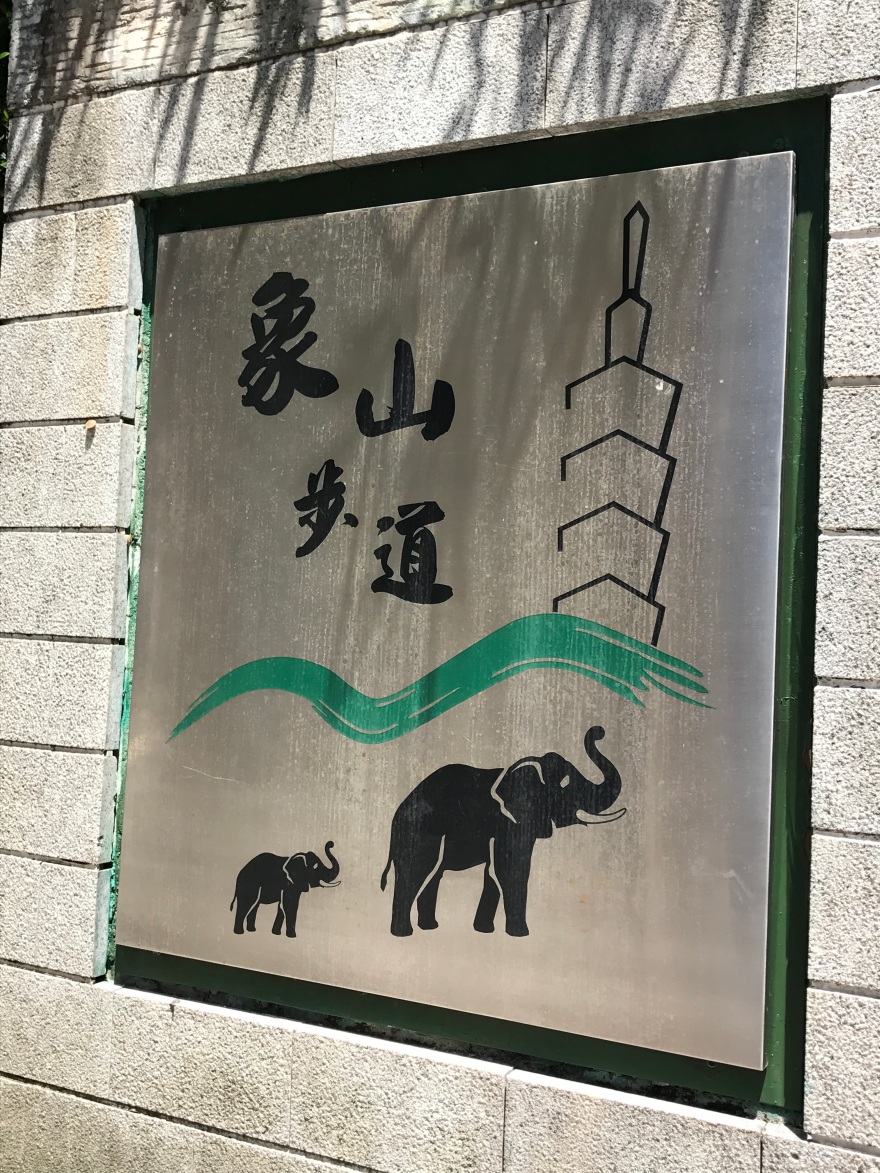 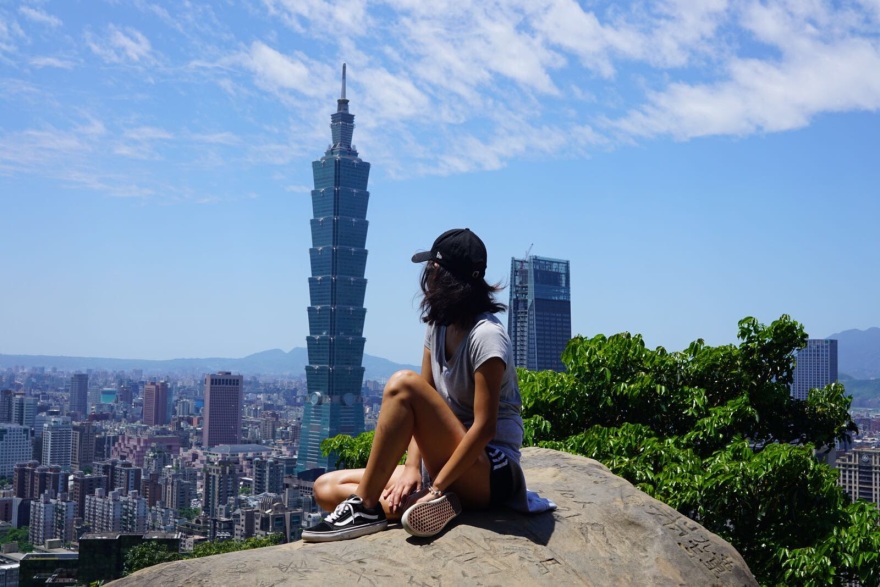 The Shilin Night market located in JianTan is a must for those foodies out there. From oyster omelettes/pancakes, rice noodles, deep fried chicken steak, roasted corn and dumplings to fresh exotic fruit, chilled milk, fruit drinks and bubble tea, there’s bound to be something you’ll love. The narrow streets also have a number of fashion and cosmetic markets where you can buy super cheap makeup brands such as Shiseido. Be sure to also grab a pack of the charcoal face masks that Taiwan is famous for (for girls and guys). 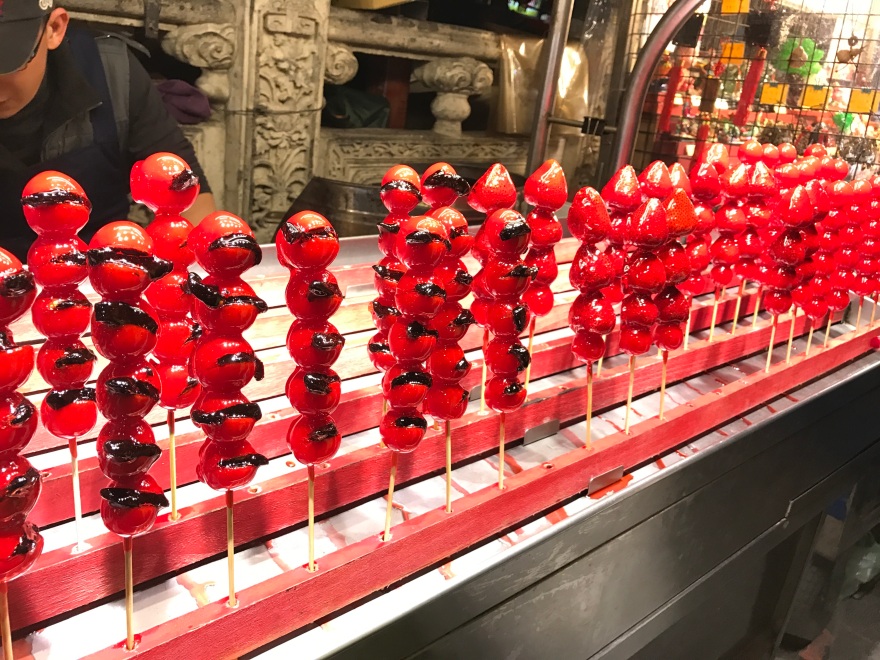 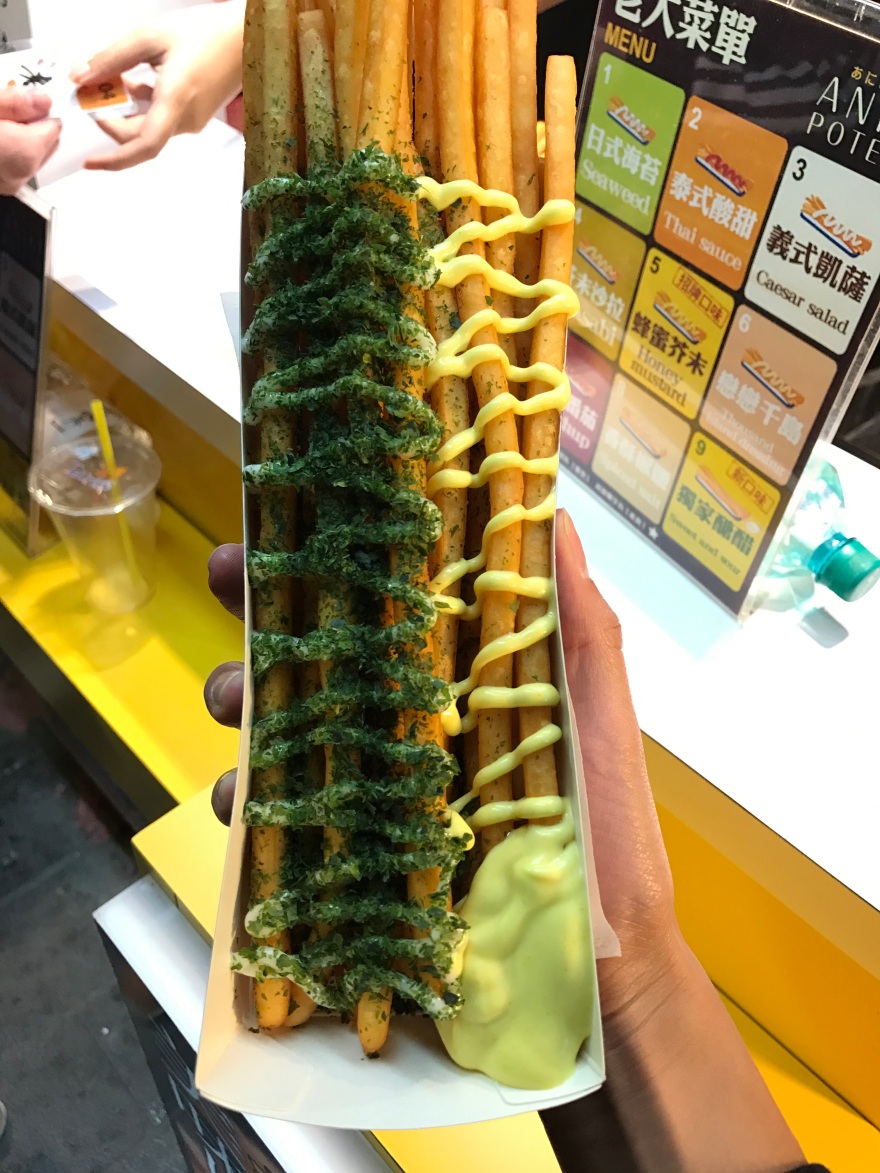 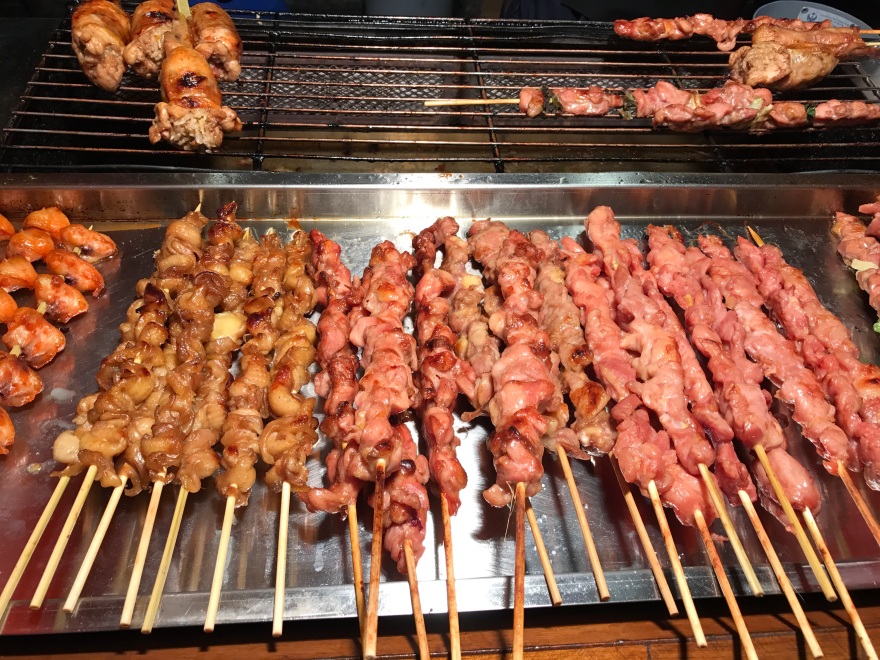 Another must ‘sea’ is the YinYang Sea (陰陽海) and the Golden Waterfall (Jin Gua Shi). The waterfall was only small and nothing compared to Iguacu falls but it is close to the Ying Yang sea so worth a visit if you’re going. Located beside the northern coastal road in the Gold Ecological Park, the bay is a mix of yellow and blue due to the pollution from nearby mining activities in the past years. 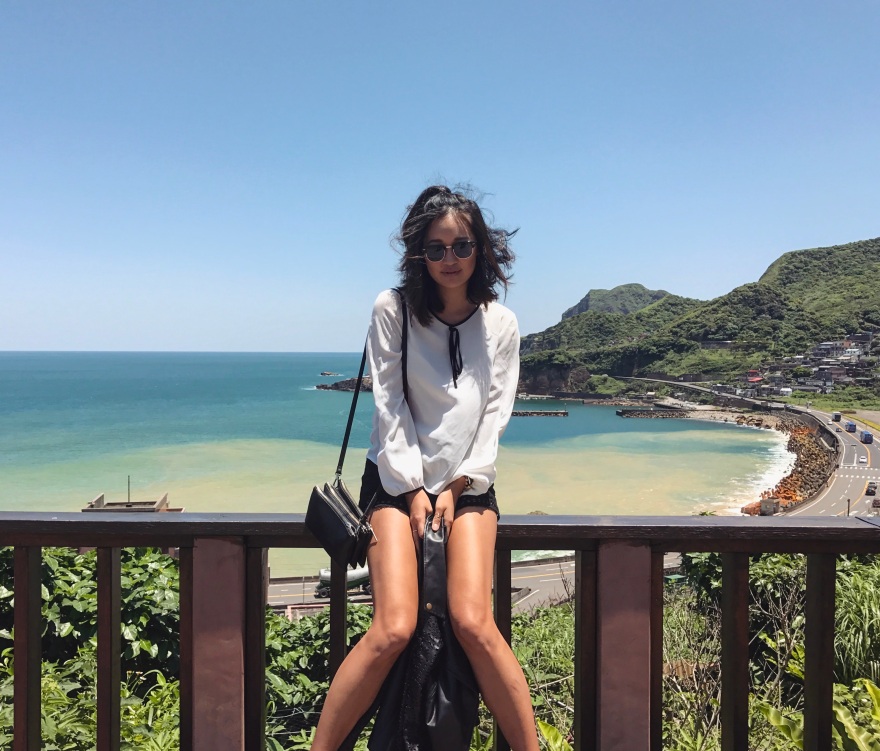 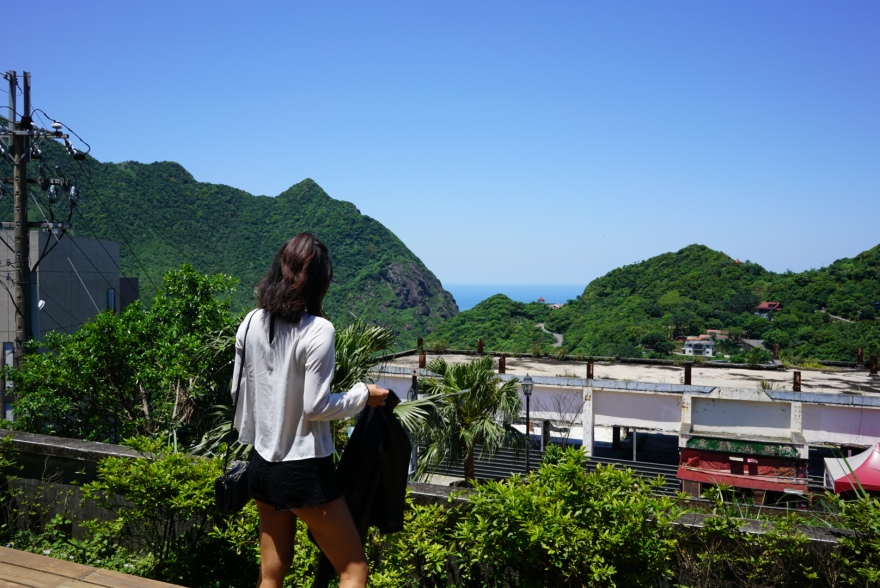 If you’re into the hipster scene the Eslite Creative Park is perfect for a chilled day wondering around the stores. Think funky coffees and creative shops. Another interesting thing they had here were a lot of ‘do it yourself’ stores whereby you could make your own pottery and wallets. Located in the mall was also one of the biggest 24-hour bookstores in Taiwan, Eslite bookstore. From cookbooks and beauty books to culture and photography there’s something for everyone! 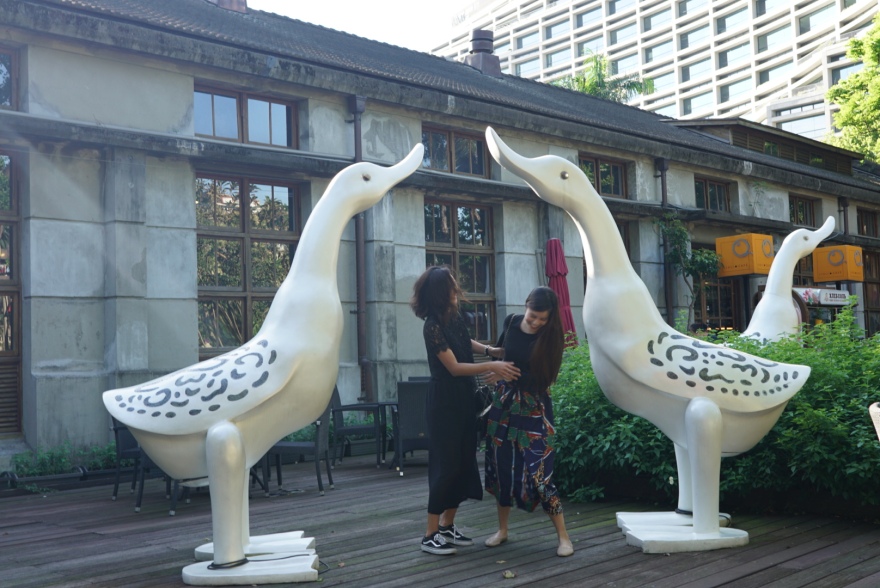 If you’re an anime fan then you’ll have definitely seen the movie Spirited Away. This movie was taken from the influence of the red lanterns, streets and stairs at the Jioufen market in Taipei. I definitely recommend a visit to this market even if you’re not an anime fan, but purely for the food… 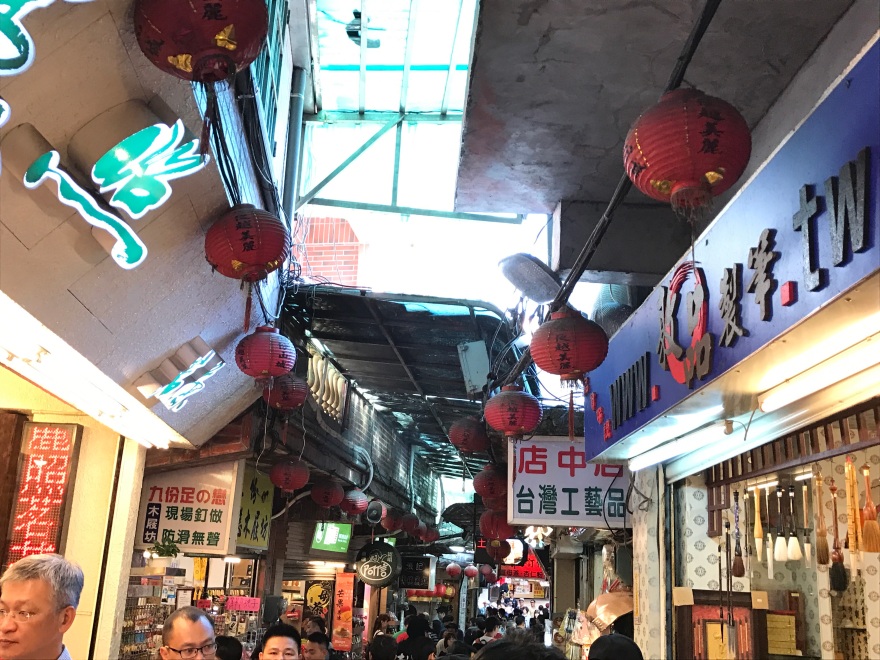 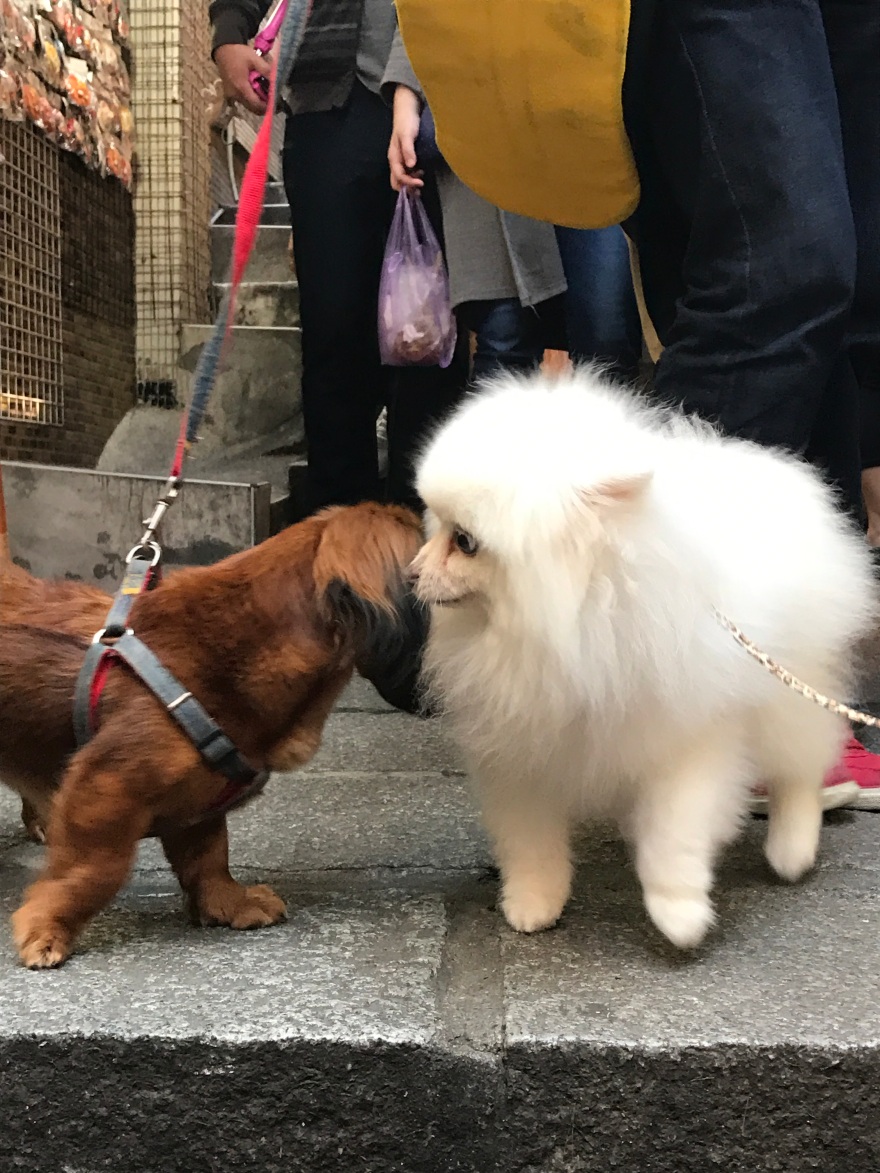 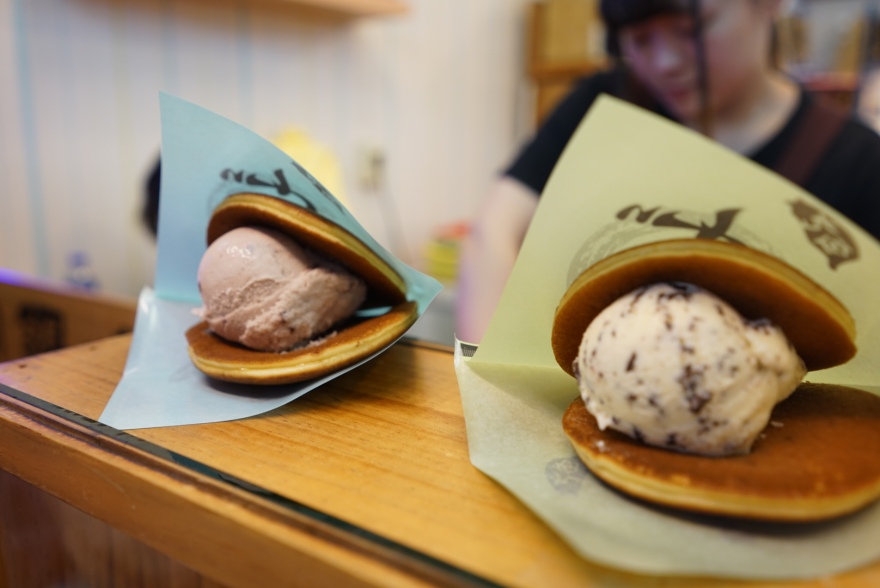 Shifen Old Street (十分老街) is another place to explore, whereby the main attraction here is the sky lanterns that is a cute activity to do with friends and family. If you have time I also recommend going to see the Shifen waterfall which is nearby. 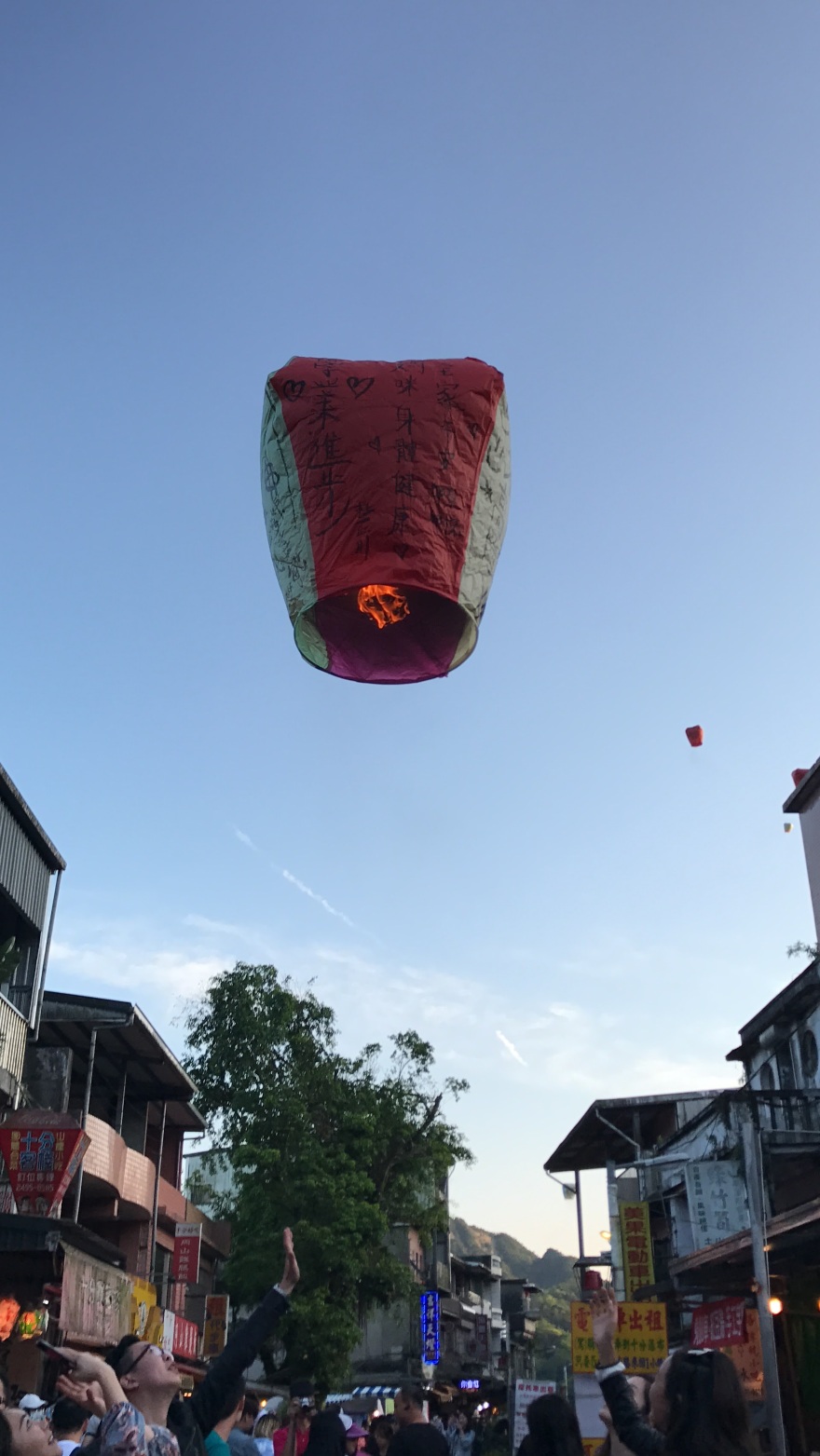 Known for the super famous Xiao long baos in Taiwan is Din Tai Fung in 101. It’s usually an hour wait but so so worth it. A few must try’s are dan dan noodles (spicy), truffle dumplings, prawn wontons and chocolate dumplings for desert!

It does seem like all we did was eat on this trip, and I’m not going to lie but there was just so much choice it would be rude not too. As a sushi lover, we had to try out the famous Aquatic Addiction for Sushi. This was basically a stand up bar which served good quality sushi and fresh fish. Again super busy due to its reputation and usually minimum 30-minute wait, but the photos speak for itself.

And now for dessert, located not too far from the city centre on YongKang Street is the Smoothie House where you can get the best snowflake shaved ice. In case you’ve never heard of shaved ice, this is basically the perfect substitute for ice cream and tastes amazing. I’d recommend the mango and strawberry flavour! 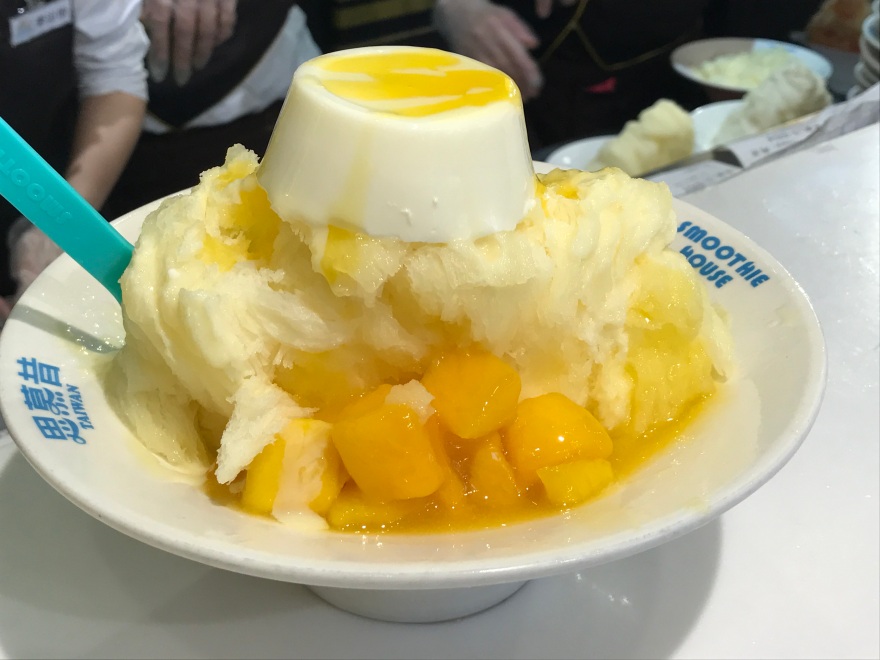 Having only spent four days in Taipei we managed to fit in a lot on an extremely busy itinerary but if recommended I would suggest needing a week to do everything.

I hope this blog post has helped your travel planning and feel free to comment if you have any questions!